As a huge step forward in fidelity, we are announcing that the simulation capabilities of our simulators Constellator™ lineup are nearly tripling to now reach up to 660 software channels.

Increasing the number of software channels allows engineers and researchers to run GNSS simulations with more constellations, more signals on more frequencies simultaneously. It also enables the simulation of many multipath signals.

The frontier between simulation and reality is fading as the level of fidelity is drastically improving.

This major increase in performance is also available for simulation with real-time hardware-in-the-loop up to 1000Hz for perfect integration with navigation systems during tests.

The new standard version comes with up to 260 software channels.

The new standard platform allows the simulation in real-time of all the signals from all the satellites visible from low-earth orbit (tested with GPS L1C/A, L2C, L5, Galileo E1, E5a, E5b, BeiDou B1C, B2a, SBAS).

This configuration will allow R&D and production teams working on applications on the road, rail, agriculture, aviation, and even LEO to run higher fidelity tests.

The new boosted version comes with up to 660 software channels.

This configuration will allow R&D and production teams to work on challenging space applications to run even higher fidelity tests.

It will also be useful for any use-case with a significant number of multipath signals. 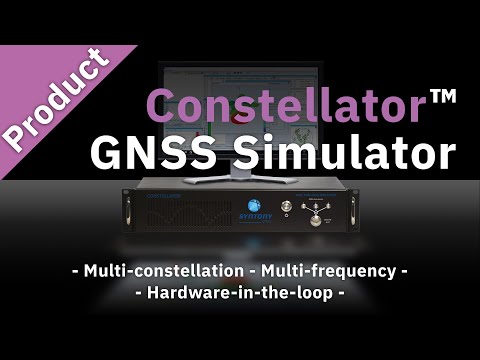 Play
Back to all articles