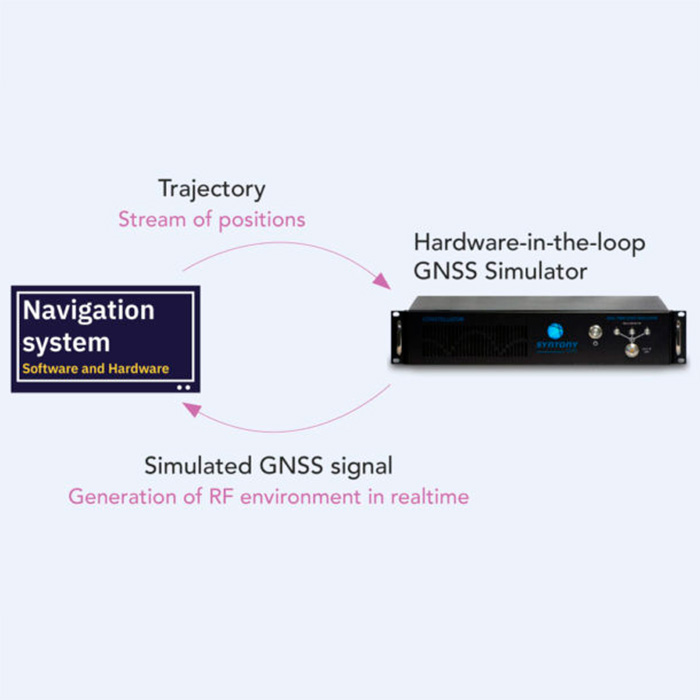 A hardware-in-the-loop setup allows the test of an entire navigation system (software and hardware) in the controlled environment of a laboratory.

It allows safe and controlled tests while saving time, budget and effort.

What is a GNSS simulator? 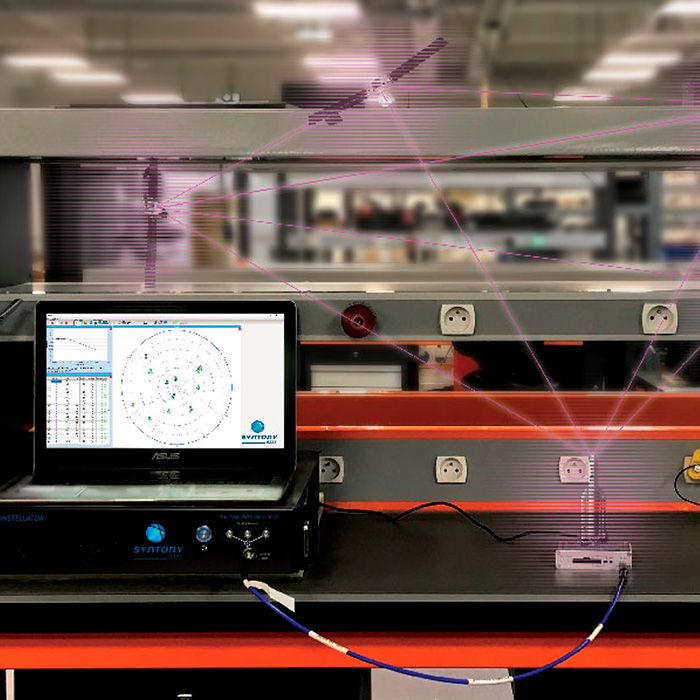 Why can GPS work indoor? 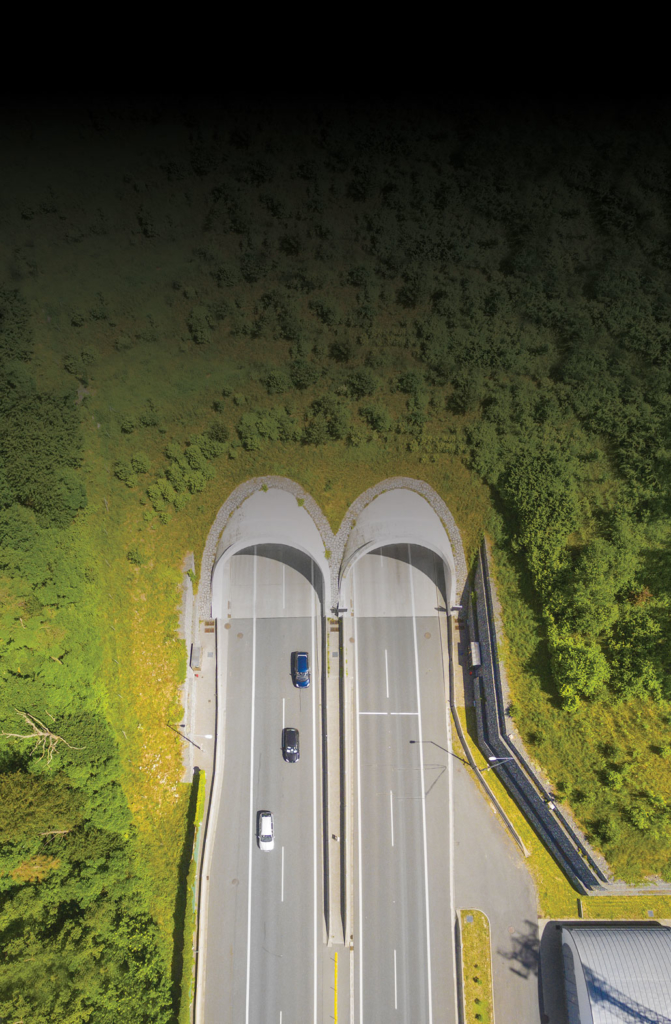 For many years, GPS was unavailable in underground environments due to natural causes. With the Software-Defined Radio (SDR) technology and its expertise in GNSS simulation, Syntony developed the SubWAVE™ solution, extending GPS Coverage to underground areas, restoring all GPS-based services.

SubWAVE™ Continuous deployed in a Bus Terminal in Stockholm, Sweden 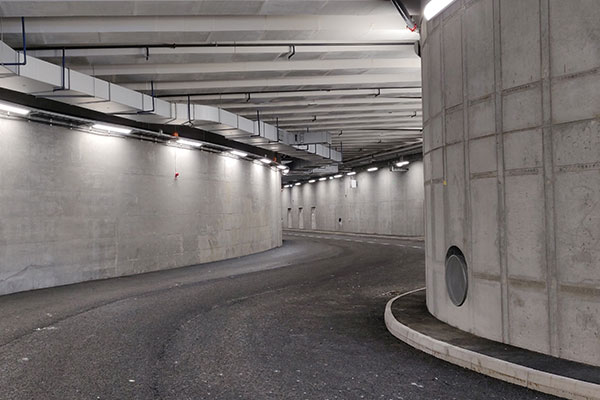 South of Stockholm, at Haninge Terrassen, the new Haninge Bus Terminal has been equipped with SubWAVE™ GPS Coverage Extension. This installation enables full seamless continuity of GPS-based monitoring for bus traffic and allows accuracy to the passenger information system. 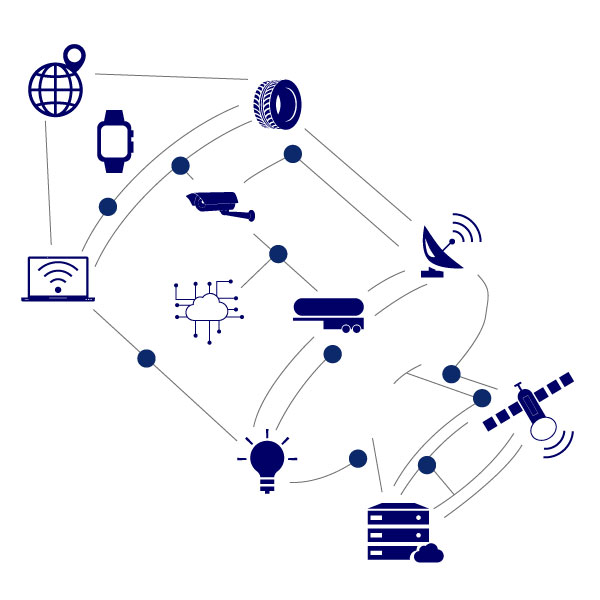 Galileo positioning for IoT. On January 14th, 2021, Syntony GNSS and its partners launched a website dedicated to the Apollo Project, funded by European GSA 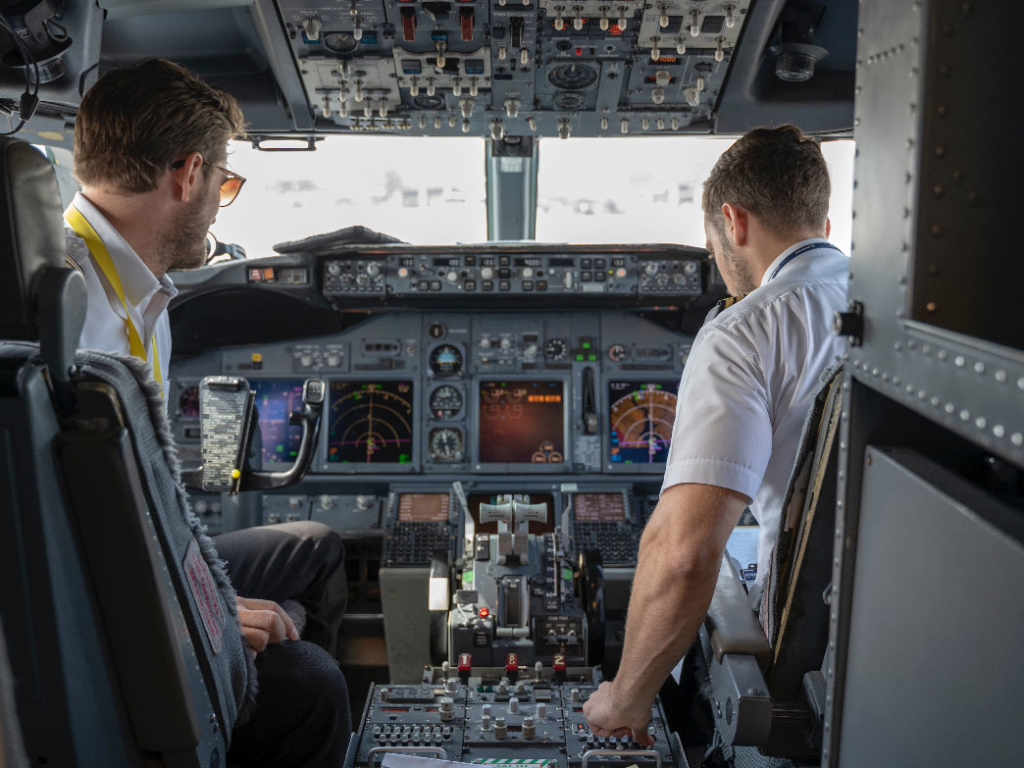 Responding to GNSS jamming nearby airports. Airport Authorities have been concerned with the increase of GNSS interferences around airports for a few years now

Constellator™ proven best and only for Geostationary orbit!

Syntony’s simulators Constellator™ are nearly tripling in power, now available with up to 660 channels

ION GNSS+ 2020 Exclusive. As a huge step forward in fidelity, we are announcing that the simulation capabilities of our simulators Constellator™ lineup are nearly tripling to now reach up to 660 software channels. 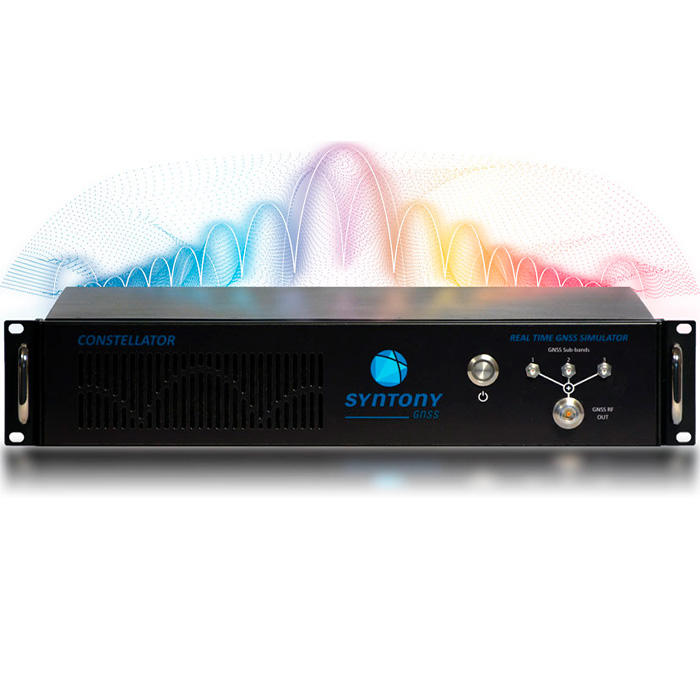 A hardware-in-the-loop setup allows the test of an entire navigation system (software and hardware) in the controlled environment of a laboratory.

It allows safe and controlled tests while saving time, budget and effort.

Syntony realized its first remote calibration of SubWAVE™ system with success in a Trafikverket road tunnel, in Stockholm, Sweden